We at FMN are the really great fortune tellers (smile…). First, on February 1, we headlined the calm before the big bang in US government debt, because it had not moved at all for weeks. And that’s how it happened – on February 13th, one could then view that the public debt had risen by 175 billion US dollars overnight from February 8th to 9th.

The US Treasury Department always publishes the latest debt with a delay of 2 or 3 business days. One can understand this with the statistical effort. On February 9, after the sudden jump, US government debt stood at $20.669 trillion. The reason for the leap was the new debt of the US government, which was hidden and delayed in accounting terms. They were not allowed to be officially shown because the debt limit was not raised. New bookings are only made when the congress raises the limit as usual.

Let the US national debt rise

Now, a few days after the peaceful dispute in the US Congress, no one is interested in this as usual, until once again nothing works. The US Treasury Department is bombarding the bond markets with gigantic sums of new bond issues this week. Yesterday alone, 179 billion dollars of new debt was sold, and this week’s debt sales are still going on. The US government must fill its pockets with cash, because the massive tax cuts will now result in the massive revenue shortfalls in the budget, of which no one wants to know anything.

In view of the overall US government debt situation, one can also expect to see further drastic increases in the next few days as a result of new borrowing (to compensate for the lack of tax revenues). As things stand today, we only know where the debt was last Friday February 16, at 20.760 trillion dollars. The amounts are continuing to improve strongly! 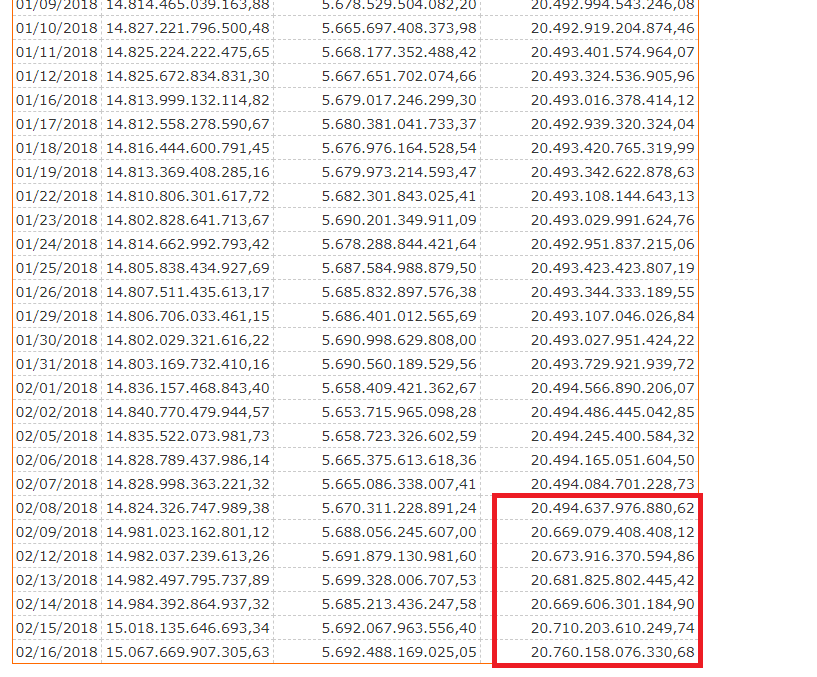 US government debt: The calm before the big bang, visible in this graphic

For six weeks now, the US government debt is no longer moving, at least according to the official look. This series of figures from the US Treasury Department, shown in the following chart, shows the […]

US government debt with 495 billion Dollars increase in four weeks

Anyone who wants to have an idea of how the world is changing with and through the Corona crisis must understand the lessons of history. Already now, trends can be seen for the coming weeks, […]