On 30th November 2017, OPEC and its external partners agreed to continue the reduction of 1.8 million barrels a day until the end of 2018, which has officially been running since the beginning of 2017. Global stocks of crude oil had not yet been sufficiently depleted. But in the meantime, however, the dismantling of the stockpiles is making rapid progress.

Oil prices have risen sharply for months. For this reason, other parts of the OPEC agreement will now also come into focus. Of course, it had also been mentioned that the effects of the cuts will be continuously examined in order to be able to make adjustments if necessary – the usual phrases to keep all options open!

But now, however, the oil market is really thinking in concrete terms about the fact that the cutbacks could begin to crumble long before the end of 2018, because individual promoters such as Russia might perhaps opt out of the cutbacks. But by far the most powerful person in this game, Saudi Oil Minister Al-Falih now said that the participants in the cuts should go on with their cuts till the end of the year. This should be done, even if there is a shortage of supply. If one exaggerates the balance, then this should be ok.

What this has to mean

Oil prices have risen sharply in recent months. Therefore, one can only interpret his words in such a way that he wants to support these rising prices. The high prices are expected to stabilise and “their route” is most likely to continue. The problem we have already mentioned several times: With WTI prices of 50 dollars, the Frackers in the US are already profitable thanks to technological progress. So when OPEC continues it´s cutbacks, the Frackers will see rising profits.

Since Saudis and Co. voluntarily keep their production volumes down even longer, the US Frackers can comfortably squeeze into the supply gap. At present, the US production volume is literally exploding (most recently more than 10 million barrels a day). The Saudis and the Russians will soon be overtaken at the end of the year. That is the price Saudis and their neighbours pay for higher oil prices. They apparently seem to be willing to sacrifice market shares, for higher oil prices. One could say: That’s all right, because thanks to constantly rising global demand for oil, there will continue to be enough space on the market for all producers in the future – this is exactly what Al-Falih said in Vienna on November 30,2017. If you look at it from an argumentative point of view, his behaviour is at least understandable.

Why they´re doing this

But why do the Saudis insist on higher oil prices? The extremely low prices of 2014 and 2015 have left huge holes in the region’s national budgets. Especially the Saudis live “only” on oil. The new Crown Prince is determined to rebuild the economy on a grand scale. He needs a lot of money for this, and at the same time he has to cover the expenditure side of the gigantic state apparatus. So let´s increase the oil price, because we (the Saudis) need the Cash now? It should also be borne in mind that the substantial subsidy cuts in fuel prices, electricity prices, etc. hit many Saudis hard – because there are a large number of “not rich” people in Saudi Arabia. An absolutist regime that is not legitimised by elections should keep its people economically happy wherever possible!

And there would be another good reason to push the oil price as much as possible in the current year 2018. Saudi Arabia intends to bring soon 5% of Saudi-Aramco to the stock markets via an IPO. The company produces and sells all the oil reserves mined in Saudi Arabia, and is still 100% owned by the King. The company’s estimated value was 2 trillion US dollars. The proceeds of the IPO would be 100 billion dollars. Depending on the current oil price, this value can of course fall or rise sharply! 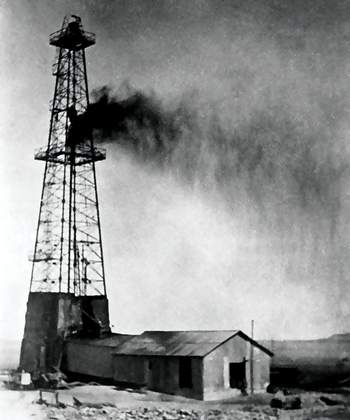 Is the oil price currently still interested in the tanker crisis in the Gulf of Oman? Apparently not. The USA and Great Britain clearly blame Iran. UK Secretary of State Jeremy Hunt said yesterday that […]

That was really a ” wrecked action ” yesterday in the Dow – waiting for 2:30 pm

“Wrecked action” in Dow 30 is now spontaneously our word creation. The ISM index for services was significantly weaker than expected. The Dow fell by 300 points. Oil also fell well. Then, only five minutes […]

The Dax had lost 450 points from Thursday evening until yesterday morning. The sole reason for this was the killing of the Iranian General Soulemani by the USA. Iran’s threats are massive, and the US […]