After the downswing last week, the cryptocurrencies such as Bitcoin, Ethereum and Ripple were able to find their ground and recover easily. The hacker attack on Biance had put pressure on the cryptocurrencies. In addition, Japanese financial supervisors imposed fines on two trading platforms. All this together caused all the support to break, a “free fall” was the consequence. But now they should have found their ground and be on their way up again. In addition, the Paypal payment system has filed a patent for faster transactions outside the blockchain technology. This should revive the cryptocurrencies, as this is an important step towards opening up new markets.

Bitcoin has finally found its ground after a brilliant short movement. The signs for bitcoin investors were not good at all last week – some of them had to cope with a discount of over 3300 dollars. Due to hacker attacks and additional bad news, Bitcoin only had to make its way down. At times, the company had already slipped below its downward trend of January, but has now been able to re-establish itself at a higher level and seems to be standing on stable feet. Bitcoin currently stands at 9574 dollars. The support has been successfully tested, so it should rather be on its way to the important 10,000 mark. If the news such as Paypal’s patent application is well received in the market, we see very good upside potential this week. 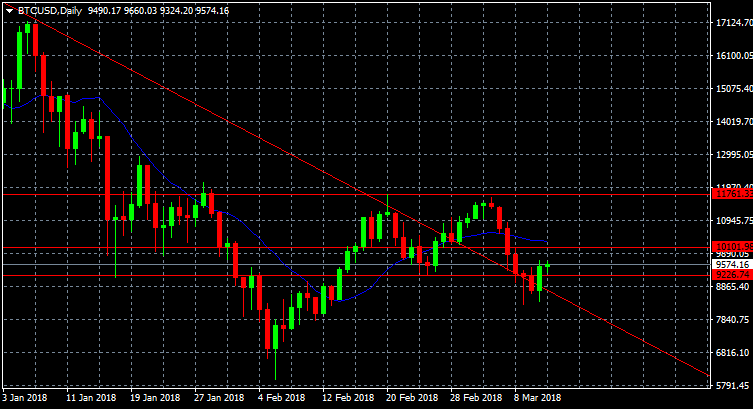 Ethereum also finished last week with a good tee shot. But here his support had held steady at 650 dollars, and Ethereum was able to form a floor. Ethereum is currently trading at $724. We see short-term potential of up to 800 dollars. Ethereum is currently struggling with migration, as the transaction times are too slow. But they are already working on it. 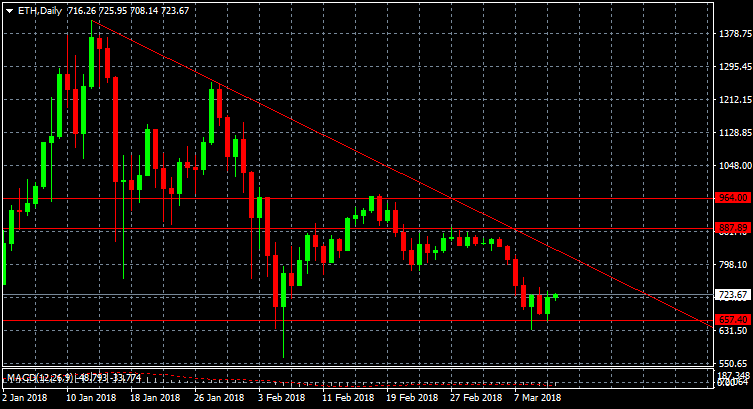 Relatively little can be said about Ripple. Ripple has no volatility with respect to Bitcoin and Ethereum. Therefore, the downswing was rather modest in relation to the other two cryptocurrencies. Ripple is also currently in an upward trend at 0.80 dollars and should reach the 1 dollar mark again in the medium term. 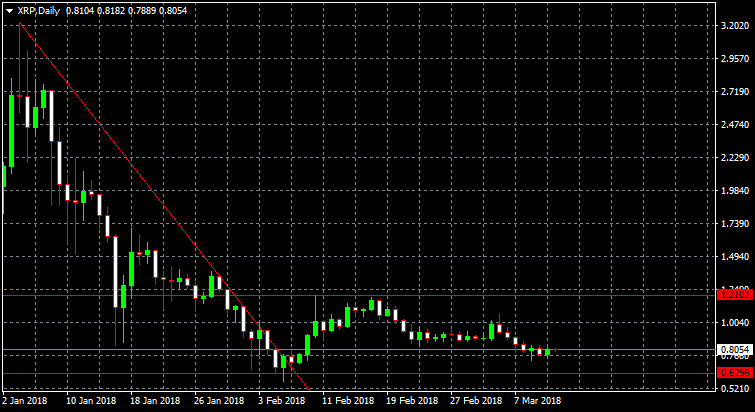 Five cryptocurrencies with the greatest potential in 2018

It was the year of Bitcoin, to put it bluntly. Even after the first major correction after a long period of time, the mother of all cryptocurrencies has gained a good 1,500 percent in value […]

While the Dax is far away from its all-time high, the US leading index S&P 500 was close to it recently. However, it failed several times to overcome this all-time high. Chris Zwermann assumes that […]

Is the Bitcoin and are crypto currencies a real currency, or rather a value storage vehicle? Or a safe-haven alternative to paper currencies, like gold already is? The digital gold of the future, in a […]