Jens Weidmann, President of german Central Bank “Deutsche Bundesbank”, made some clear statements to journalists during a speech yesterday. Among other things, he commented on the current state of monetary union in the Euro Area. Once again he makes it clear with his words that by no means everything is in perfect order. Weidmann is able to bring in his words to the point. Through the collectivization of responsibility, the problem makers would no longer feel the responsibility to solve the problem. Quote (translated):

The eurozone remains not really stabilized. The fiscal rescue measures have prevented an escalation of the crisis, but they have not made the monetary union permanently crisis-resistant. Rather, they weakened the principle of ownership by introducing additional elements of community liability, and at the same time, economic and fiscal policies remained national. However, responsible decisions are only made if the person who decides has to be responsible for the consequences – this applies both in politics and in business. Monetary union will only become permanently crisis-resistant if trade and liability are rebalanced, if the transfer of risk entails decision-making authority. For me, that is the decisive criterion for the reform proposals for the further development of monetary union.

If a member state sticks to the pact and limits its structural budget deficit to 0.5 percent of the gross domestic product, the fiscal slump will be at least 2.5 percentage points. This is enough for normal macroeconomic fluctuations and there are exceptions for severe economic downturns. In the event of a crisis in which a country loses access to the capital market, the European Stabilization Mechanism (ESM) is also ready. Its funding would be subject to conditions designed to make public finances more sound and to make the country more competitive.

In my view, the existing safeguards raise the question as to which specific scenarios an additional stabilization facility is needed and what it would mean for the credibility of the budgetary rules and, ultimately, the non-assistance clause. If Member States that are already making full use of their fiscal space in normal economic situations and whose deficit is always at the 3 per cent ceiling will be rewarded for receiving unconditional economic support from the ESM, that would be the goal of sound fiscal policies Eurozone certainly not conducive.

The idea of setting up a European Monetary Fund (EMF) recently came to the table. For Jens Weidmann this is just another form of pooling risks. He looks extremly critically on this idea of the European Commission. For example, it would be problematic if such an EMF would be responsible to provide the fiscal backstop for the Single Resolution Fund without having previously taken a comprehensive risk reduction. Before thinking of a communitarisation of the burden of an EMF, the banks would first have to reduce their stocks of non-performing loans, according to Weidmann.

Price pressures will continue to increase only gradually, as the recent projections by the Eurosystem have shown. That is why we also agree in the ECB’s Governing Council that, in principle, an expansionary monetary policy is still appropriate to support domestic price dynamics. At the same time, the forecasts show an increasingly robust economic upturn in the euro area. Economic growth has been going on for 18 quarters and has affected all euro area countries. And this is also reflected in the staff projections of the Eurosystem. They forecast GDP growth in the euro area of 2.3 percent next year, 1.9 percent in the year after next, and 1.7 percent in 2020.. Nevertheless, inflation will take some time. Quote:

Weidmann continues to see monetary policy as expansionary. Even if the bond purchases of the ECB expire gradually, the Cash from expiring bonds would be once again reinvested. Quote (translated):

And even after the end of net purchases, monetary policy in the euro area will continue to be very expansionary. The effect of the purchase program is not so much on the amount of monthly purchases as on the total holdings of bonds in our books. And the Eurosystem’s holdings of securities will continue to rise until at least September next year – so monetary policy will become more expansionary – and would continue to grow if net new money were not bought out: the ECB’s Governing Council had already decided to take the proceeds from the maturing ones To reinvest bonds until further notice.

With this sentence, Weidmann puts it in a nutshell (translated):

Also Weidmann said yesterday something about Bitcoin. Here he is almost literally in what Janet Yellen said last week on her last Press Conference on the subject. The cryptocurrencies are not a threat to the financial system. Weidmann says it even clearer and more drastic. It will not be necessary to ban bitcoins because there is no danger to financial stability. One should not speak of a “digital currency”, because that would be misleading. For a means of payment you must indeed have value stability, which is not present in the case of Bitcoin as a property (Question: What is the value stability of central bank currencies?). He also said that there was no reason to intervene simply because investors could lose money. Because there are many ways to unreasonable spend money. There are even people who buy paintings for 400 million euros – and no one would come up with the idea to ban such an investment. 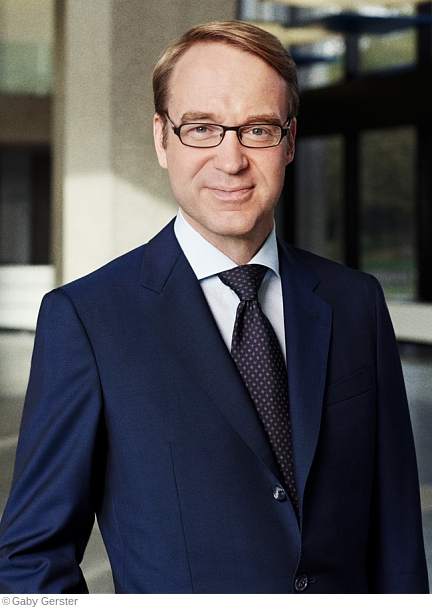 Cryptocurrencies: The big picture – the largest part of the december bubble is eliminated

After some US banks have banned their customers from trading cryptocurrencies via credit cards, the British banks Lloyds Bank, Bank of Scotland, MBNA and Halifax are currently following this procedure changes. Their customers are also […]

That hasn’t happened yet – after a bitter day of loss, the crypto currencies don´t recover the following day, but continue to come under pressure! Bitcoin is currently under $10,000:   (click to enlarge the […]