The Facebook quarterly figures have just been published. Here are the most important key figures.

Earnings per share in the last quarter of the year were $1.44 per share (year-earlier quarter: $1.41/ expected 1.96). Whisper estimates were up to $2.05. Excluding the Trump one time tax effect, the profit is actually 2.21 dollars, which is above expectations!

In December 2017, the 2017 Tax Cuts and Jobs Act was enacted and significantly impacted U.S. tax law. As a result of this legislation, our fourth quarter and full year 2017 provision for income taxes increased by $2.27 billion, which impacted our effective tax rate, net income and diluted EPS for such periods. Our diluted EPS decreased by $0.77 for both the fourth quarter and full year 2017. See “2017 Tax Cuts and Jobs Act” below for additional information.

As expected, the number of active users per month was 2.13 billion (prior-year quarter: 1.86 billion).

The number of employees has risen by 47% in only 12 months (Fight against Hate Speech etc).

Zuckerberg: The changes in the algorithm (more indicated activities of friends, less commercial scrap) have reduced the useful life of users by 50 million hours per day already in the 4th quarter.

So changes in the algorithm were already made at the end of 2017! This is Zuckerberg’s most recent statement:

“2017 was a strong year for Facebook, but it was also a hard one,” said Mark Zuckerberg, Facebook founder and CEO. “In 2018, we’re focused on making sure Facebook isn’t just fun to use, but also good for people’s well-being and for society. We’re doing this by encouraging meaningful connections between people rather than passive consumption of content. Already last quarter, we made changes to show fewer viral videos to make sure people’s time is well spent. In total, we made changes that reduced time spent on Facebook by roughly 50 million hours every day. By focusing on meaningful connections, our community and business will be stronger over the long term.”

So: less scrap, more feel-good atmosphere. This costs a short-term service life, but is intended to bring more advantages in the long term.

Conclusion: Costs increased from $4.2 billion to $5.6 billion in the last quarter in just 12 months. This isn´t surprising in terms of the massive growth of employees. However, business in the fourth quarter exceeded expectations. On the other hand, however, the change in the algorithm shows that Facebook users seem to like to be sprinkled with useless cat videos etc.. First of all, this will cost use-time in the current quarter and possibly in the following quarters, and thus possibly also decreases advertising revenues! 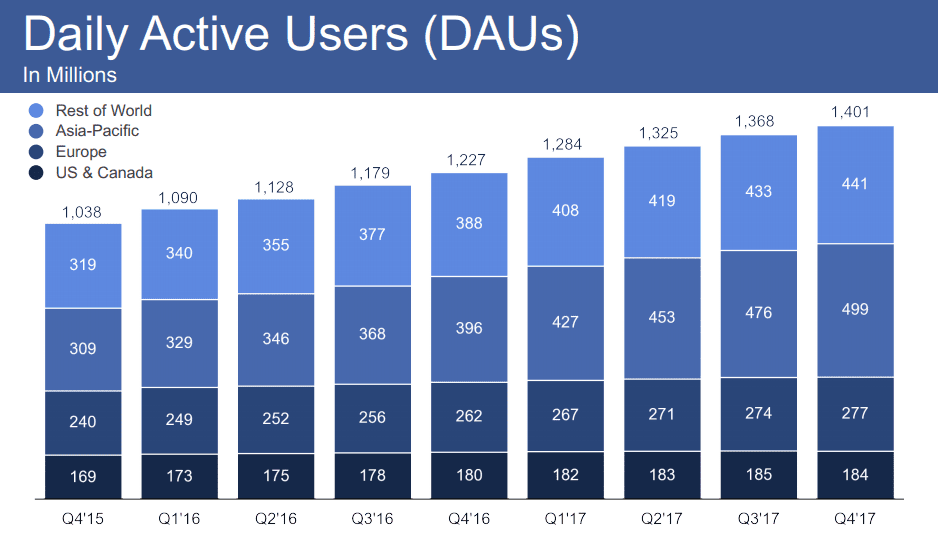 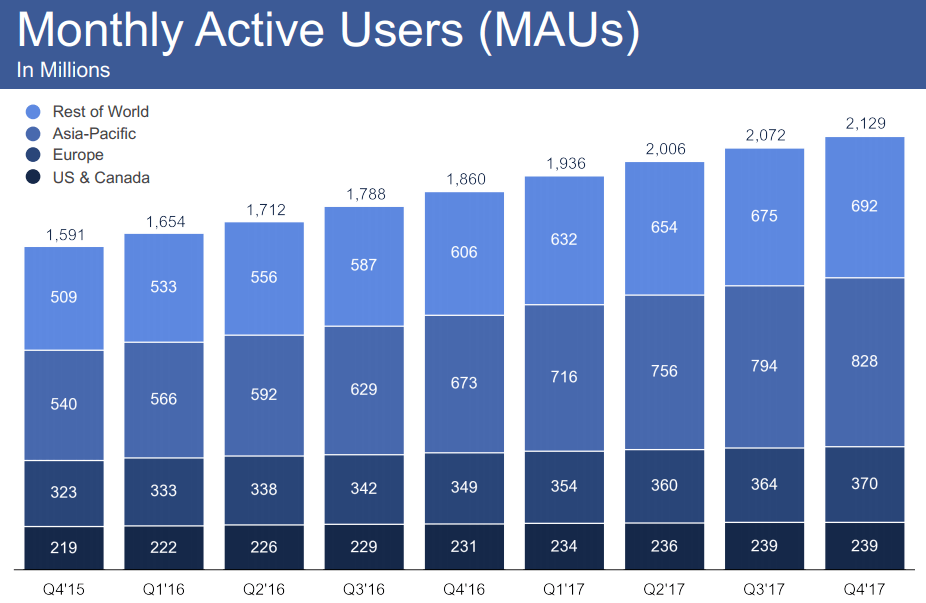 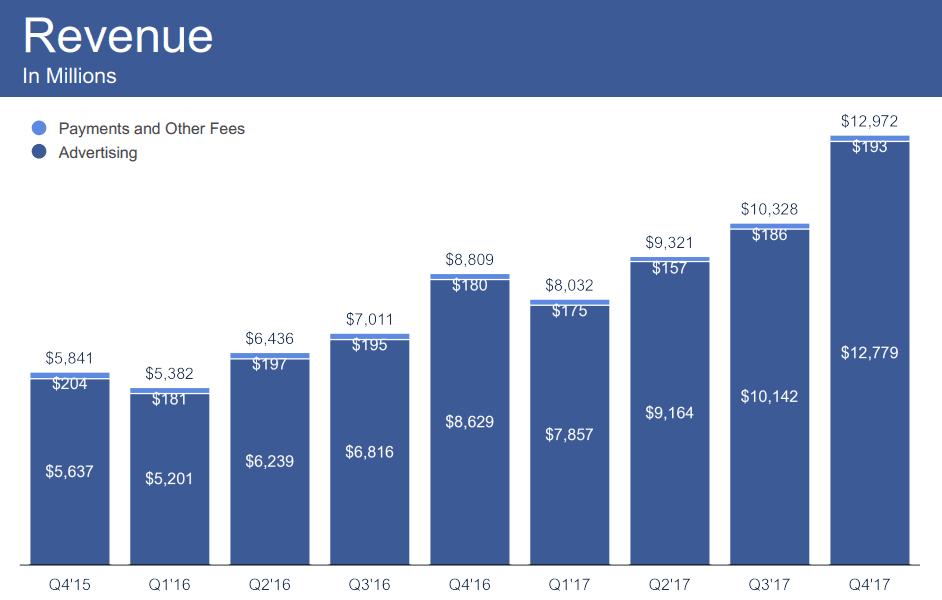 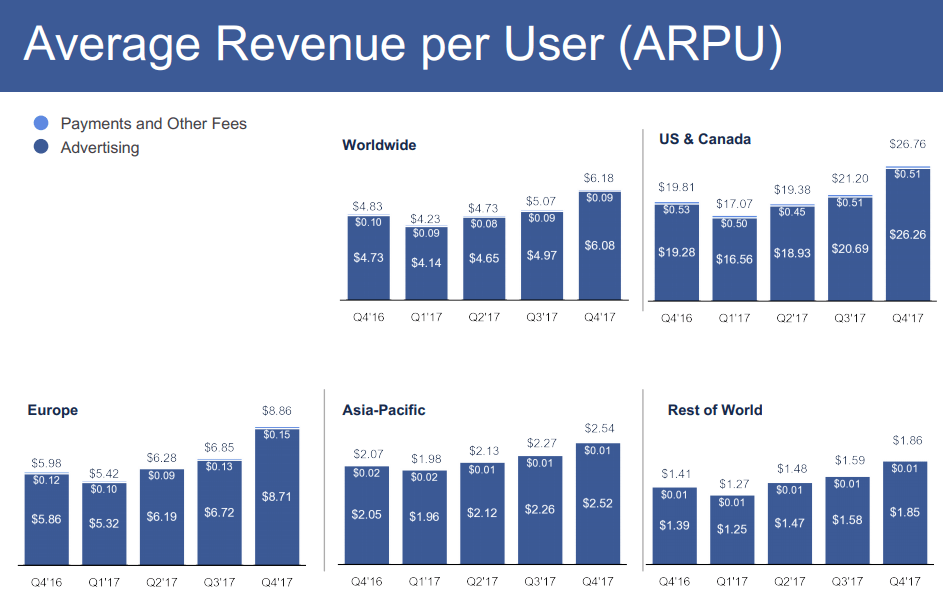 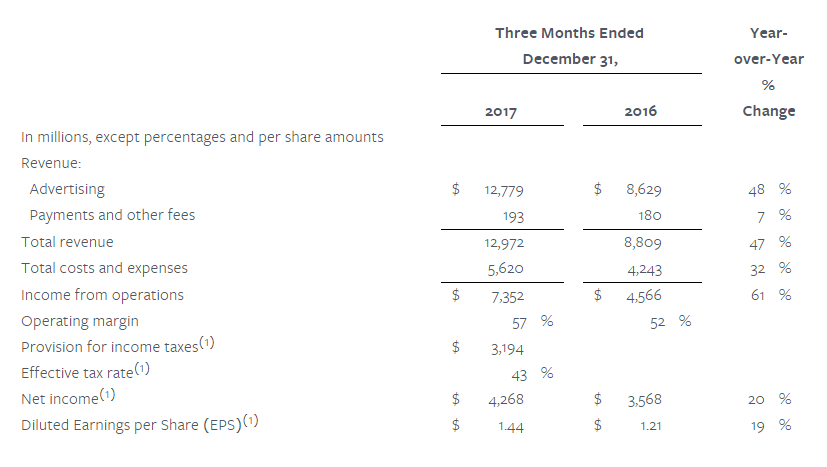 Are the Stock Markets continuing their downward trend this week? Firstly, the corona crisis in the USA and the world as a whole is simply not abating. This makes the long-priced “V-recovery” of the Stock […]

If someone wants to put their own currency into circulation, then the state will stop having fun for good. Because the state always wants to keep the monopoly on the spending of money. No matter […]